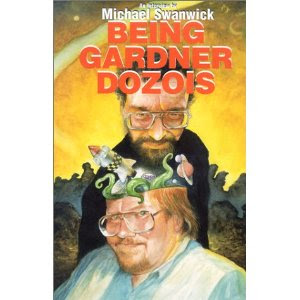 Every now and then I like to remind people that Dragonstairs Press, with which I am so closely associated, is not my imprint that of Editor, Bookbinder, and Sole Proprietor, Marianne Porter. Who is, admittedly, my wife. But does that give me the authority to tell her what to do?

But as long as I'm on the subject, Dragonstairs has two new projects going.

The first one is titled Blue Moon. Inspired by the small Icelandic publishing houseTunglið, which publishes books in an edition of 69, sells them for one day only, and then at the end of the day burns all those that haven't sold, Marianne and her in-house content provider (me) are going to do much the same thing.

With two significant differences:  First, the chapbooks will be published only on a blue moon. (Hence the title.) Second, to make things more interesting, we'll be doing a variant on the make-a-comic-book-in-24-hours thing. On March 29th, I'll write the text. On March 30th, Marianne will design, print, and stitch the chapbook. And on March 31st, they'll be put up for sale.

If all goes as planned, we'll put up a video of the fire shortly thereafter.

Chapbooks will be ten dollars, postage included. No pre-orders.

You can read about the wondrous Reykjavik press here.

And you can read the Scandinavia and the World comic where I first learned about moon books here. SatW's original purpose was to explain Scandinavian culture to the rest of the world, so the protocol of reading the comic is different from what you're used to. First you read the comic, then you read the text below to find out what it's all about. I'm a big fan.

For the first time, Dragonstairs is selling a book made by somebody else. Being Gardner Dozois is a book-length interview I conducted with Gardner covering every story he'd ever published, from his first to the latest at the time of the interview -- what worked, what didn't, and why.

Gardner is the only writer I know who can talk objectively about his own work. I began this interview because I learned so much from my conversations with him and felt it was a shame more writers couldn't benefit from them. Marianne feels this is a book most writers will benefit from reading. I agree to a point -- it's not a how-to book. It won't tell you how to plot, how to make your dialogue scintillate, or any of that stuff. It's more of a graduate-level book. If you're already writing publishable prose, have literary ambitions, and are hoping for insight into the workings of a world-class writer, well, here it is.

This is the Old Earth Books hardcover (Michael Walsh publisher and International Man of Mystery), new, and autographed by both Gardner Dozois and Michael Swanwick. It costs twenty-five dollars plus four dollars shipping within the United States. Alas, shipping anywhere else, even to Canada, is ridiculously expensive. It used not to be, but that was a long time ago.

You can order the book directly from Dragonstairs Press here.


Posted by Michael Swanwick at 6:46 PM