Jehovah and the Critic 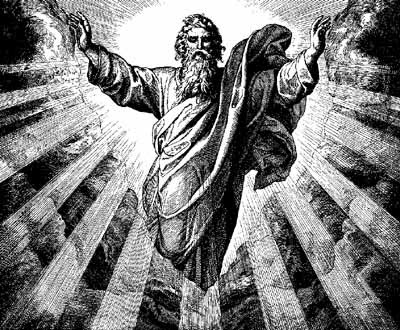 A week ago Wednesday I wrote here about why I wouldn't make my negative opinions of work by living writers public.  Among the thoughtful responses was one by Anthony Panegyres, who wrote:

Hi Michael, I think that your thoughts would be invaluable for both writers who wish to improve their craft as well as readers who value your opinion. As you write not only in the spec-fic field but also about it too (and do it all extremely well) you shouldn't feel as though you're 'mocking' anybody when giving honest feedback - it's not a personal affront (although I do understand the emotional attachment issues, which you've alluded to). Readers seek educated opinions from writers they admire like yourself. Writers may also be thicker skinned than you think - many may want honest feedback so that they, in turn, can fine tune their work.

These are all intelligent statements.  And yet.  As a writer myself, and a friend of many writers, I can assure you it is an extremely rare thing for one of us to seek out negative judgments of our work in the hope that they might be useful. Unsolicited, they are even less welcome.  An unsolicited negative judgment from somebody we may happen to respect can be crushing.  As a group, we are not known for our rock-solid self-confidence.

It is hard to properly report the magnitude of the insecurity of writers.  But I know of an incident which can give you some idea.  It goes as follows:

There was a writer – I’ll withhold his name – who died and was transported to Heaven.  Finding himself standing before the throne of the Almighty, he fell to his knees in a rapture and cried:

“Lord!  I read your New Testament and it changed my life!  Everything I did was based on that book.  It was the best thing ever written – better, even than the Old Testament!”


Then did the Lord God Jehovah start to his feet in a rage.  Thunder and lightning played about his face and the universe shook as he cried:


“And what was wrong with my first book?”

There are people who would argue that the second book was merely a pastiche. I can't blame them (although I myself belong to those for whom the second book is part of the canon). Nothing surpasses the original.

It falls to me, I guess, to note that The Sequel is a pale imitation of the start of the Original Text, followed by a bunch of boring personal letters that make the "minor prophets" section of the original read like the prose equivalent of Michael Bay, ending with a Pale Reflection of the Original's Passion, Spirit, and most of all Evidence of Having Been Written by and about A Spoiled Brat.

Clearly, the JHVH of the joke has not read his own "second" book.

(Fwiw, I'm with you on not talking about the books you stopped for personal reasons. Books you stopped because the same character did three different things in the same situation just to move the "plot" along, otoh...)

So if I believe that D&S in China is better than D&S in Old Russ, you're telling me I should keep it to myself.

I'm telling you that there is no way you can win this game. Writers are kittle cattle, as Hope Mirrlees might have put it.

OK - I'll just hand over my 25 to 30 dollars of table stakes (the cost of a new Swanwick) and head straight for the writer's ego casino exit. Can I at least break even that way?

I'm glad you met him. Now I can be one degree of separation away. And that's something.

Jehovah's certainly touchy. A first work often misses out on a stack of polish!

Hah! For a fleeting instant, I was tempted to post a response to your response to my response. But that way lies madness.

Still, I thought your remarks were amiable. And I certainly don't want to tell other writers what they can and cannot say. As if they'd listen to that.