The Book of Rogues 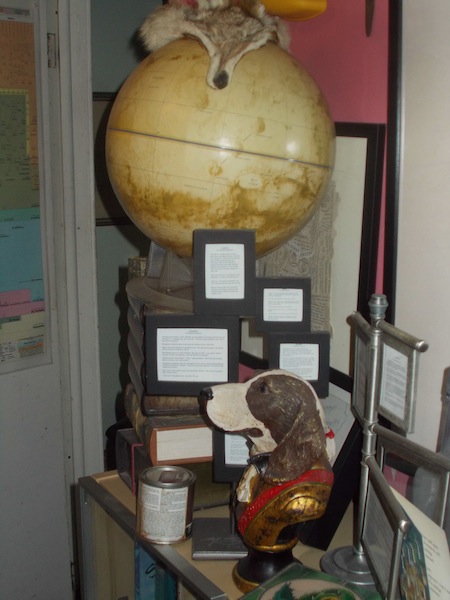 Gardner Dozois has just announced the table of contents of Rogues, which he co-edited with George R. R. Martin.  The cross-genre anthology, whose title is pretty much self-explanatory, has been turned in to Bantam Spectra and will be published in the due course of things.  The publishing industry's wheels grind slow but fine.  I'm guessing sometime in 2014.

Here's what, assuming you buy a copy, you'll get:

George R.R. Martin “Everybody Loves a Rogue” (Introduction)
Joe Abercrombie “Tough Times All Over”
Gillian Flynn “What Do You Do?”
Matthew Hughes “The Inn of the Seven Blessings”
Joe R. Lansdale “Bent Twig” - a new Hap and Leonard story
David Ball “Provenance”
Carrie Vaughn “The Roaring Twenties”
Scott Lynch “A Year and a Day in Old Theradane”
Bradley Denton “Bad Brass”
Cherie Priest “Heavy Metal”
Daniel Abraham “The Meaning of Love”
Paul Cornell “A Better Way to Die”
Steven Saylor “Ill Seen in Tyre” - a Gordianus the Finder story (with guest appearances by Fafhrd and the Grey Mouser)
Garth Nix “A Cargo of Ivories”- a Sir Hereward and Master Fitz story
Walter Jon Williams “Diamonds From Tequila”
Phyllis Eisenstein “The Caravan to Nowhere” - the first Alaric the Minstrel story in decades
Lisa Tuttle “The Curious Affair of the Dead Wives”
Neil Gaiman “How the Marquis Got His Coat Back” - the first new Neverwhere tale since forever
Connie Willis “Now Showing”
Patrick Rothfuss “The Lightning Tree” - a long novella set in the world of the KINGKILLER CHRONICLES, featuring Bast.


And, from me, a new Darger & Surplus story titled "Tawny Petticoats."  This one is set in New Orleans.  (Yes, the lads do eventually get that far . . . and, indeed, farther.)  The title is the name of their  new partner in perfidy.  Can a mere girl outwit our scoundrels?  Well, what do you think?

Above:  Sir Blackthorpe Ravenscairn de Plus Precieux continues to stalwartly guard my office.  Peering down at him from atop the globe of Mars is Coyote.