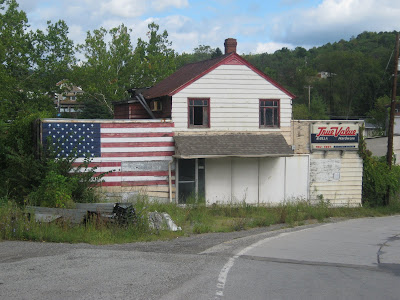 About halfway through breakfast yesterday I realized that I hadn't gotten a drunken phone call in the early hours of the morning.  Which meant that I'd lost another Hugo.  This time to Jack Vance.  Mr. Vance (like most writers outside of his own generation, I've never met the man) won for his autobiography, This is Me, Jack Vance! (Or, More Properly, This is "I"), which was published by Subterranean Press.  There's not a lot of disgrace to losing to Jack Vance, so I am content.  Congratulations, sir!
To be perfectly honest, I'd expected to lose the Best Related Book Hugo to Farah Mendlesohn, who had an astonishing two books up in that category.  In fact, I was rather hoping she'd get it for The Inter-Galactic Playground, because she kept her reference collection of children's and YA science fiction in her guest bedroom, so that if it had I could brag that I'd actually slept within a Hugo-winning room.  Oh, and, yes, because I thought it was a terrific book.
I can be calm about these things because I already have a Hugo and, as Bill Gibson pointed out long ago, once you win something that "award-winner" tag follows you around for the rest of your life like a little puppy.  They can't take it away from you for bad behavior, and winning ten more won't make it any bigger.
The only regret I have about the Hugos and Nebulas is that only after having lost fifteen or so of them, I realized that I should have saved all the acceptance speeches I'd written over the decades.  If I had, at some point I could have put them all together and had one heck of a modest fanzine article.  I could have titled it, "And Then I Lost . . ."
Oh well.  Here's what my old buddy Jack Dann would have read (after a few words from my friend and publisher Henry Wessells) had I won:

The author wishes to acknowledge Henry Wessells for creating a beautiful book.  I owe particular thanks to Count Robin Mirrlees, Valerie Eliot, Margaret Ellis, Lesley Fiedler, Greer Gilman, John Kessel, Juliet O’Keefe,  Charlotte Price, Joanna Russ, John Graham Saunders, and the late Julia Briggs, among many others for their help researching it.  Hope Mirrlees was an extraordinary writer, both as a poet and a fantasist.  It is my sincere hope and belief that she will ultimately be recognized as a significant figure in the literary canon.  If my small book has been of the least help in accomplishing that end, then I am grateful.

Which, whatever its faults, you will have to grant is mercifully short.
And while I was on the road . . .
I saw a sign reading GLADDEN UP CHURCH.  I was passing through Gladden at the time, and I'm pretty sure the UP stood for United Presbyterian.  But still.  I couldn't help thinking, "What a happy congregation they must be!  How like the very early Christians!
Above:  A snapshot I took while wandering through western Pennsylvania.
*
Posted by Michael Swanwick at 1:49 AM

I remember when I was in college, back before the World Wide Web was in existence, people on the rec.arts.sf.written Usenet forum were talking about how Vance seemed to be "losing it" and was probably getting too old to write. 20 years later, he wins a Hugo! Great news.

Your comment was understood and received with an approving smile.

The great advantage writing has over, oh, say sports is that no matter how old you get, there's still the chance of writing something that will give great numbers of people pleasure.

How could that thought not make me happy?

Just attended my first Hugos, so I got to see you lose in person!

I managed to pick up a copy of one of the other losers, Farah Mendelsohn's book on Joanna Russ, which I'm greedily consuming right now. I probably wouldn't have noticed it if you hadn't mentioned it here, so thanks for that.

Unfortunately a brain fart prevented me from looking for a copy of the Vance book, for which I'm now kicking myself. As you said earlier, it was a rich year for the 'other works' category.

Also had a long chat to Robert Silverberg, in which I got to tell him that 'Schwartz Between the Galaxies' was one of the small number of stories which changed the way I look at the world. Still feeling faintly starry eyed.

Perhaps God arranged the name of the Pennsylvania town purely to make this little play on words possible. He made a similar pun involving the name of the protagonist in C.S. Lewis's Out of the Silent Planet.