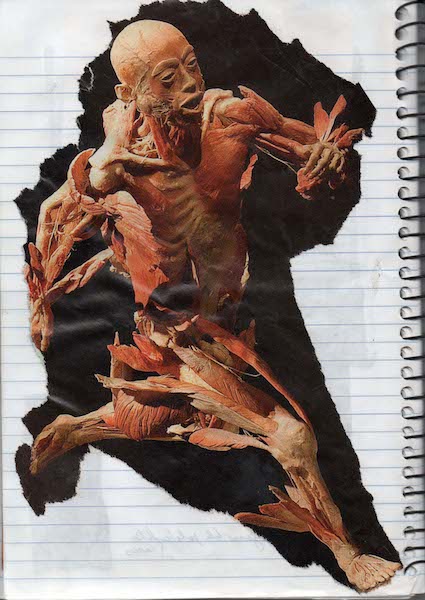 Another character that didn't make it into The Iron Dragon's Mother. Industrialized Faerie is a rich world. The three novels I've set in it can only only hint at how rich and strange it is.

This image, for a rarity, was hardly altered at all.

The image came from the Body Works show that toured the world some years ago. A large number of corpses were flayed and then carefully preserved, in order to display the wonders of anatomy. The show was controversial at the time because the corpses came from China and there were those who claimed the bodies hadn't been voluntarily donated but those of criminals who had died in prison. The truth of the matter was impossible to ascertain.

The show, however, was extremely popular. My son, Sean Swanwick, worked for a summer as a guide when it was displayed at the Franklin Institute and he told me that they had to watch the people touring it like hawks... Every now and then, someone would try to snap off a finger or other appendage to take home as a souvenir.