Short Fiction Review: "So Much Cooking" 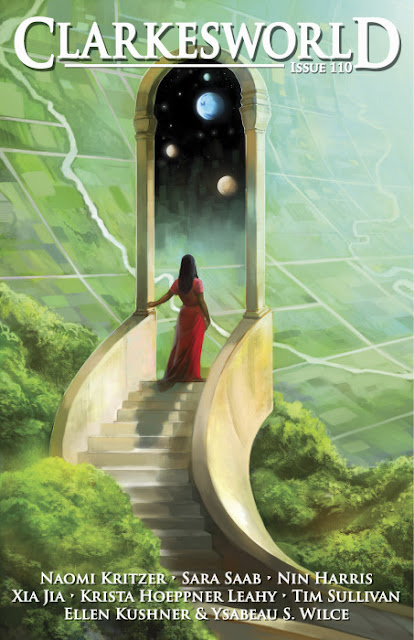 This story is made up of a number of things I don't particularly like: It's one literary form (fiction) disguised as another (a blog). It's about domesticity. Only one character is presented in any depth. And it hides its true subject in the background for much of its length. But in just the same way that a particularly talented cook--I am thinking here, obviously, of Marianne--can combine foods you're not crazy about into a dish that you'll love, Kritzer has written a genuinely moving meditation on the way that humanity and quiet courage can, in a crisis, rise into genuine heroism.

So Much Cooking is a cooking blog written by Natalie--there are no last names in this story--who shares her recipes in the midst of a particularly virulent bird flue epidemic. Her husband, Dominic, works from home and they have no children. But her sister-in-law, Katrina, is a nurse and afraid of bringing home the virus to her daughters, so suddenly they have two, Monika and Jo, ages thirteen and eleven. Then Natalie learns that Monika's friend Andrea is taking care of her three-year-old brother alone and... Well, it doesn't stop there.

While the size of Natalie's family grows and grows, the food dwindles and dwindles. The desperation of the outside world manifests itself in the form of closed grocery stores, pharmacies that have run out of drugs, recipes that take more and more ingenuity to be rendered palatable in the absence of things like milk, eggs, and flour, and a dwindling sense of options as one by one the foodstuffs run out.

I won't ruin the ending for you. But given how many grim things happen by the end, I feel that I have an obligation to tell you that it ends well. With hope.

And that the hopeful ending has been earned.

I read this story because two people whose taste I respect were enthusing to each other about how good it was. Then, being impressed by "So Much Cooking," I determined to review it. It was only when I formatted the blog, that I realized the story was over four years old.

The relevance of the story to our present situation is obvious, of course. And relevance is another thing I'm not crazy about. For an instant, I thought of not reviewing it. But then I decided there was no reason to punish the story for its date of publication and every reason to celebrate it as an excellent piece of writing. So here it is.

Just remember that Kritzer was writing about an epidemic much more virulent than the one we're currently going through.

You don't like domesticity? A parlous admission, I should think.

No, but then, I've become feral.