A Torrent of Faces (Part 2) 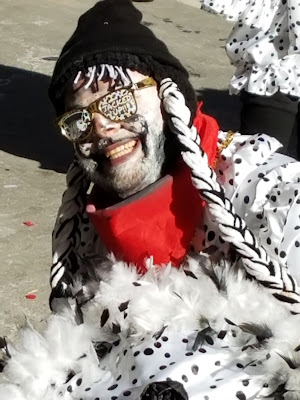 One thing that doesn't come across on television is how friendly the Mummers are. Sometimes some of them will rush the camera and wave and shout "Happy New Year!" and it comes across as kind of rude and pushy.

That's now how it comes across on the street. 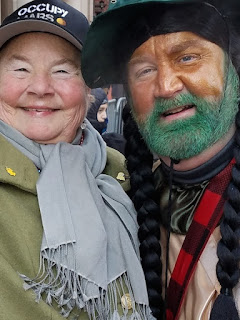 These are happy, friendly people who are giving you a remarkable experience, out of the goodness of their hearts. And they're happy to pose with you. 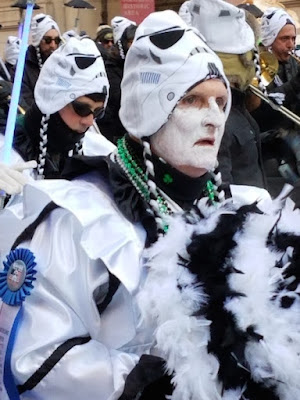 It takes all kinds to make a Mummers Brigade -- and admittedly some of them look like it's a little more work than they're enjoying. 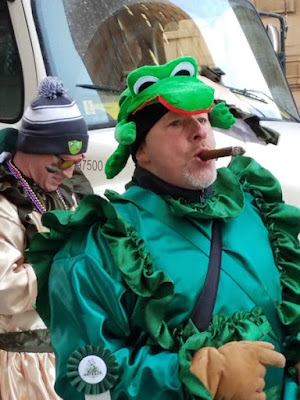 Most, though, look like they're having a hoot and a half. 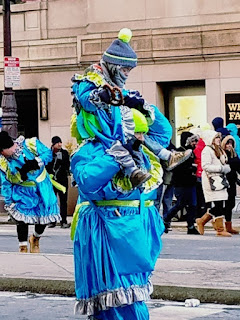 And it's worth mentioning how many Mummers are family men. There are a lot of children in the parade. It's a common thing to see infants in Snuglis and carriages -- just so that late in life they'll be able to brag that they've marched in 80 or 90 parades. 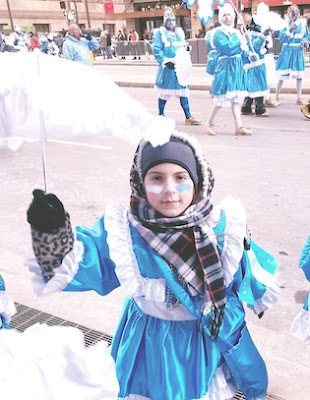 Some of those kids are cute, too. 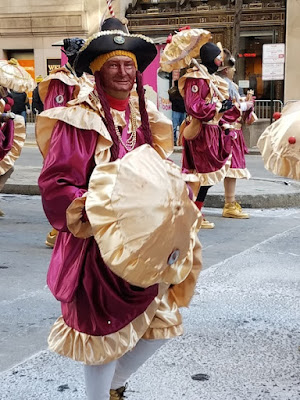 But it's the adult faces that steal the show. 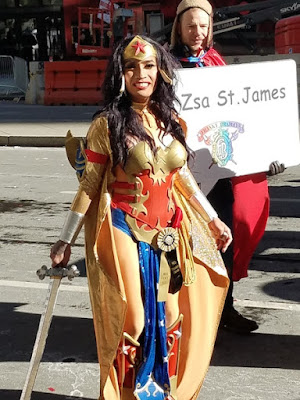 It used to be that women were not allowed in the Mummers. That's changed and the change is good. Still, those of us old enough to remember when this costume would have been filled by a 300-pound dock worker with five o'clock shadow have to admit that a certain je ne sais quois has been lost. 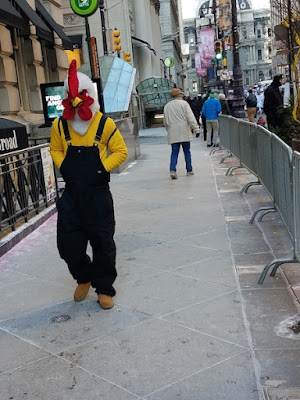 When they've marched to the end of the parade, some Mummers go home. Others walk back up the sidewalk, sometimes interacting with the parade viewers, sometimes trying to pick up a date, each according to their type. Here's the funny thing, though. Sometimes viewers show up in costume. So I have no idea if this guy was a Mummer or not. 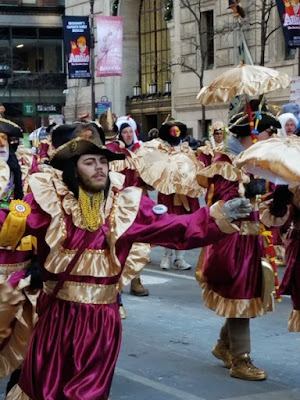 Some of these guys, it should be mentioned, are downright dashing. 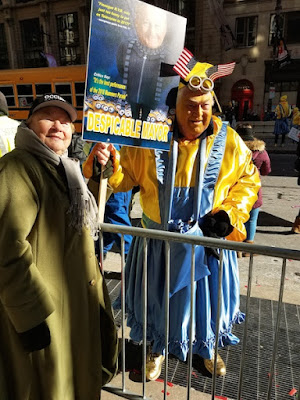 This man was getting by on charm. Which he had in spades. He gave Marianne a Flannigan NYB sign satirizing our mayor. (A lot of Mummers liked her "Occupy Mars" hat -- it was the kind of thing they'd come up with themselves.) 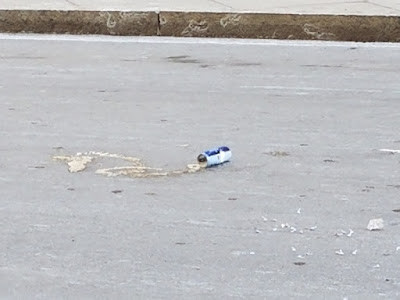 It should be mentioned that the Mummers marched even though it was a bitter cold day -- so cold that the spilled beer literally froze on the street. (Did I mention that the Mummers -- well, the Comics, anyway -- drink like fish? Considering that some of them started the night before, you have to respect that.) 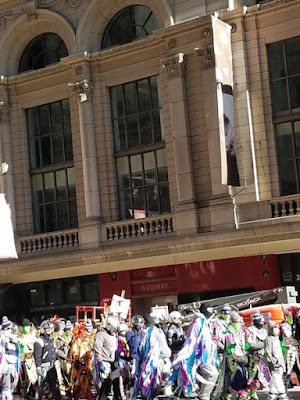 It takes a good photographer with a good set of lenses to capture that joyous anarchy that is the Mummers Parade. But I include the above pic to give you just the slightest idea of the flow of color and costume that goes on all morning and afternoon, for hour after hour. It really is a wonderful experience. 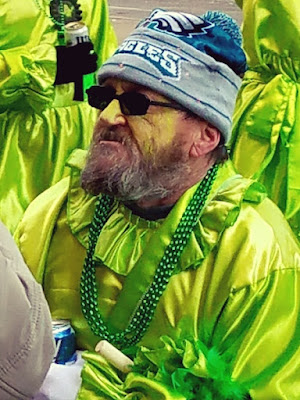 But mostly, as I said, it's all about the faces.