"I Guess I'm Just Not GOOD Enough For Them!" 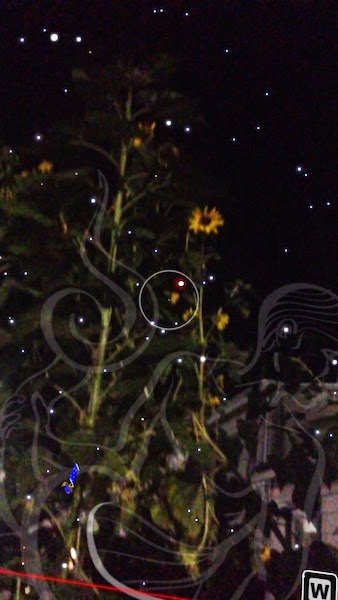 Today's post falls into the category of Hard Truths for New Writers.  I was at a convention some while back and heard a couple of new writers (a handful of stories, maybe a first novel but maybe not) complaining bitterly because they couldn't get on any panels on I forget which major convention -- the Worldcon, I think, or maybe the World Fantasy Con.  "I guess I'm just not good enough for them!" one said sarcastically.

At last year's Capclave, there was a terrific panel which consisted of George R. R. Martin, Howard Waldrop, and Gardner Dozois simply talking about anything that entered their heads.  It filled an enormous room, lasted over two hours, and was the most vividly entertaining piece of programming I'd seen for a long time.

One of many interesting observations made was that before MidAmericCon, the 1976 Worldcon, all conventions had single-track programming.  Either you went to the panel on Terraforming or you didn't.  You didn't have the option of going to the Gothic Lolita panel or the New Trends in Urban Fantasy panel.

As a result, the slots on the panels were reserved for the Big Kids -- Robert A. Heinlein, Isaac Asimov, Arthur C. Clarke, Harlan Ellison, and the like.  Newbies like George or Gardner or Howard were consigned to the kids table -- the New Writers panel -- where they languished for year after year.

But MidAmeriCon was the largest science fiction convention ever held (at that time) and they had an innovation -- five or six track programming.  It was a big success.  So big that all the major regionals, conventions that then drew thousands of attendees, copied them.  Suddenly, there was room for everyone on the dais.  Multi-track programming spread to the smaller cons.  Over the decades, as attendance dwindled at SF conventions (for many reasons, not all of them bad), multi-track programming became the norm and nobody things of going back to single track.

That's why there's so much space for you at your local convention.  I cringe at the thought of the programming at one particular convention which has so many panels and so few attendees that a typical one will have nine panelists and an audience of five.

Worldcons, World Fantasy Conventions, and the like, however, have a huge pool of Big Name Writers to draw from, and not that many more panels that does, say, PodunkCon.  So, naturally, they are more likely to ask George or Howard or Gardner (or Connie or Kelly or Eileen) to be on the programming than the author of the The Verbing Noun: Volume 1 of the Nounword Trilogy.

This sounds harsh to you because you put your heart and soul into that book.  But it's a simple truth:  Conventions are going to give preference to the writers that readers most want to see and hear.

But nobody's growing any younger and everybody dies sooner or later.  Heinlein and Asimov and Clarke are long gone.  Your day will come.

Provided only that by the time you're their age, you've accomplished as much as Howard or George or Gardner.

End of sermon.  Go thou, and sin no more.

You can find the video of The Howard, George, and Gardner Show panel here.


Above:  I didn't have an appropriate picture to post, so I put up a snap of my back yard, taken using the SkyView app.

Is it sad that I can picture all three books of the Verbing Noun trilogy: Gerund Game and To Split Infinitive and Beyond are the next two titles...

Really, Blogger needs a "like" button under the comments. Once posited, Ken, your next two titles are inevitable.

And I realize now that I should have written: Book 1 or the First Trilogy of the Nounword Saga.

Dang it, Michael, not enough people see your blog, so when are you going to put your advice to writers between hard or soft covers? It is too good to sit in your blog's archives.

Multi-track programming actually goes a little further back than 1976 -- Jerry Jacks, of San Francisco, started it with a small convention in 1970 (SFCon 70), calling it "three-ring circus programming", and expanded it slightly for the Westercon he ran the following year. I don't have my Worldcon program books to hand for LACon in 72 or later, but I'm pretty sure they had multi-track programming.

This does nothing to invalidate what you say here -- it's all accurate -- but I'd like for that contribution of Jerry's not to be forgotten. Whether it's good or bad, it changed things more than any of us expected.

I stand corrected. Thanks for the good info.

Actually, the first Worldcon with multi-track programming was LACon in 1972. At which point you had to start making uncomfotable choices about what to see...