Portrait of the Artist on Adolf Hitler's Birthday 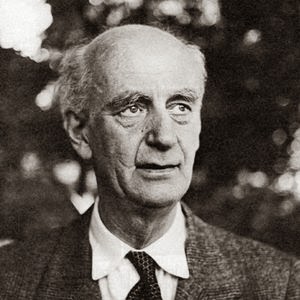 The following is a short story review.  Enjoy!


“The Timpanist of the Berlin Philharmonic, 1942” (The Best of Kim Stanley Robinson, Night Shade Books, 2010) exists entirely within a single performance of Beethoven’s Ninth Symphony, conducted by Wilhelm Furtwängler on April 19, 1942 in honor of Adolf Hitler’s birthday the following day.  You can go onto YouTube and find this concert.  It was filmed for propaganda purposes and it’s an almost physical shock to see the swastika banners, the bland-faced Nazi celebrities appropriating the music’s prestige for their own the way they might a Jew-owned Rembrandt, the way the camera lingers over handsome young soldiers who have gladly sacrificed an eye or a limb to the glory of their genocidal cause.  The footage raises uncomfortable questions about the relationship between art and power and to what degree the one is corrupted by the other.  This particular rendition of the Ninth, moreover, is masterful.  Critics consider it one of the greatest interpretations ever performed.  It is full of fury and violence, echoing the times and war in which it takes place, and is clearly a statement on its times.  But what is being said?
The event demands explication.

Kim Stanley Robinson’s story is both a careful establishment of the context for this concert (it was a command performance, and one which Furtwangler had been ducking for years) and a close reading of the emotional text of the interpretation – exactly what Furtwangler meant by it – as mediated by an ordinary man who happens to be the orchestra’s timpanist.

Line by line, paragraph by page, Robinson has never written better than here.

That said, it must be mentioned that “The Timpanist of the Berlin Philharmonic, 1942” is not by any reading a work of science fiction or fantasy.
However, a perceptive reader will easily tell that this is a mainstream story written by a writer forged in genre.  For a very long time the consensus model for non-genre fiction (but there are signs that this may be changing) has been one where the events serve to illuminate the inner life of its main character.  Not so here.  The timpanist is a perfectly convincing creation, but he is also, except for his profession, one whose character is neither central to the story nor revealed by its end.  Rather, Robinson uses events to make a larger statement – about art, about history, about culture.  You can decide on the specifics for yourself.  It is a work of art that looks outward, rather than inward.


This review first appeared in the New York Review of Science Fiction and is copyright 2014 by Michael Swanwick.

Thank you for this--it's a story I'd have likely otherwise missed. This, and the earlier review of Andy Duncan's are much appreciated.

I haven't read it, but should do so.

Kim Stanley Robinson's 'A Short History of the 20th Century, with illustrations' is one of the ten or so short stories that form the foundation of my personal literary world, and it too is not SF - and yet somehow it's entirely right that it comes from the hand of an SF writer.