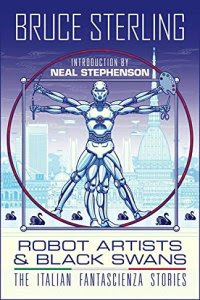 Posted by Michael Swanwick at 11:37 AM

Nope. Chairman Bruce himself declared me a Class Enemy. It DID have a cyberpunk scene in it, but it also had a humanist scene, so they kind of cancelled each other out.