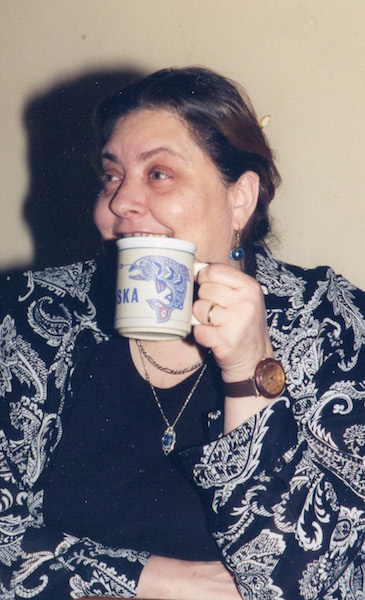 Gardner Dozois has just announced the forthcoming collection of fiction by Susan Casper. I've agreed to write the foreword and Andy Duncan will write an afterword.

Here's what Gardner posted on Faceboo:

I have signed the contracts for a memorial collection of Susan Casper's short stories, called UP THE RAINBOW: THE COMPLETE SHORT FICTION OF SUSAN CASPER. Gray Rabbit Books will do the physical edition, followed six months later by an ebook edition from Baen. Introduction by Michael Swanwick, Afterword by Andy Duncan.

We're hoping to launch the physical edition at Readercon, but we'll see how that goes.


Susan wrote and published two dozen stories over the course of twenty years. A couple of those stories were instant cult classics. She had stuff.

When the physical and e-books become available, I'll post buying information here. In the meantime, it's back to work with me. I have an introduction to write.


And speaking of Susan...

There are three appreciations of Susan in the current (April 2017) issue of Locus. One is by Gardner, one by her old pal Jack Dann, and one by me. I don't think my friends at the magazine would want me posting what I wrote while the issue is still on the stands. But I'm sure they won't mind my posting the opening paragraph:

When Susan Casper was in high school, she would sneak out early so she could go to WFIL at 45th and Market Streets in Philadelphia to be one of the background dancers in American Bandstand. That was Susan in a nutshell: bold, brash, independent, no respecter of authority, and avid for the joys of life.

I offer this as a small gift to Susan's many friends: Hey, guys! Somebody you knew was on American Bandstand! Cool, innit?


Above: Portrait of Susan Casper and coffee mug by Jane Jewell.