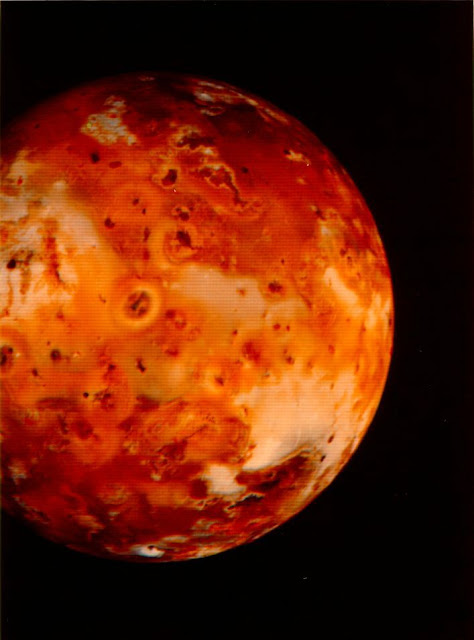 Here's a message I received recently:

Where you got all the information and research for your short story "Pulse of the Machine" that dealt with the magnificent descriptions of Io. I would like to write a story about Io, but I can't find any of the background information you found for this story. Any help would be appreciated.


As it chances, I was inspired to write "The Very Pulse of the Machine" by a remark by (I think) Geoff Landis, who told a mutual friend that he was baffled by the fact that NASA had spent billions of dollars exploring the Solar System and then put all the information they found up on the Web available for free -- and yet almost no SF writers were taking advantage of it.

So I chose Io because it seemed an interesting place to me and went to the NASA website to see what they had to say.  Initially I found synoptic general-public pages.  The more useful of these I printed out and placed in a cardboard box by my desk.  Then I branched out from there. doing searches on combinations of keywords until I started finding scientific papers based on the findings of various probes.  I printed them out, read them, underlined or highlighted the evocative bits, and placed them in the box.

I made various side-trips into related matters, particularly into volcanism and the chemical properties of sulfur, and the information I found I also printed, read, thought about, put in the box.

By the time the box was full, the data had given me a story.

None of the sources I used gave me a detailed overview of Io.  That was patched together from a hundred different sources.  And some of what I described -- anything that couldn't be seen by a fly-by probe -- was made up, based on those related searches into sulfur and volcanism.  In the story I didn't violate any known facts about Io.  But whatever wasn't known could be anything I wanted it to be.

I realize this rather sidesteps your question -- how to find these sources.  But I've had no formal training on running searches (when I was a student, my college had exactly one computer, an IBM mainframe), nor was I particularly ingenious in my research.  I just kept poking around, looking and finding until I had what I needed.

Go thou and do likewise.

In addition to what skyknyt said: you went to work exactly as any good humanities scholar tends to do -- find one end of the thread, then follow it wherever it leads you. Excellent work!

I'm sure there are formal reference sources pointing to works in the field (we classicists had l'Année Philologique), but you'd most likely have hit upon the by great experts for the edification of other great experts material, which leave the rest of us as befogged as before. And you'd probably have trouble getting that material in the first place, absent a really good inter-library loan service.

But it does bother me, and bother me greatly, how few people seem able to do even basic research, or seem willing to. :(

[SIGH] Hit upon material by great experts. I need to proofread my revisions better.

"Poking around" is the great writerly art. We don't know what we're looking for but when it hits us over the head, a story leaks out.

If we knew what were were looking for, somebody else would've already written it.